Our staff is comprised of dedicated and licensed professionals with the experience to answer all your questions regarding our services. Please feel free to contact any of our staff members at any time.

Curtis has always wanted to be a funeral director - even from age 7 he remembers watching the hearse pass him on the street headed to the cemetery knowing that someday he would be the one driving that car.

Curtis is an Eagle Scout and served an LDS Mission in Michigan.

In 1993 he decided to pursue his dream and moved to California to work for Wilson and Kratzer Mortuaries while attending San Francisco College of Mortuary Science. He earned the highest scholastic award of Mu Sigma Alpha award, in 1995.

Curtis began his career at Wheeler Mortuaries in January 1996, serving the families of Springville and Mapleton, where he had been for 20 years before being made manager over Sundberg-Olpin Mortuary in 2016.

To be a Funeral Director is a "Calling" in life to him - not just a profession - to carry out with dignity and honor the final services of those who have died.

Curtis is known by all for his peaceful countenance, compassionate understanding and tender care for those who have lost their loved ones. Directed and determined all his life, he is now extremely accomplished in every aspect of what it takes to be an excellent Funeral Director, father, and husband, all of which are very important to him.

Curtis loves biking, four-wheeling and camping. He is known for his funny sense of humor and his unique and endearing love for his wife, April, and their nine children. 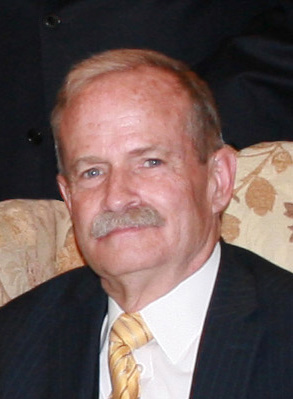 Paul Wheeler became the fourth generation of Funeral Directors in his family after graduating from Cypress College in 1980, then taking over the family business in 1986. Over the years he has been actively involved in the state's Funeral Director Association and served as President of the UFDA.

In 2016 he became the owner of Sundberg-Olpin Mortuary as well, in order to better serve families across the whole Utah Valley.

Paul loves motorcycles, snowmobiles, ATVs, and anything fun to do outdoors. He has given away to the community Bicycle, ATV, and Motorcyle Helmets each summer to support SAFETY while families enjoy the great outdoors too.

Paul has always loved helping families through their difficult time and has made every effort to only hire employees that share this same desire. 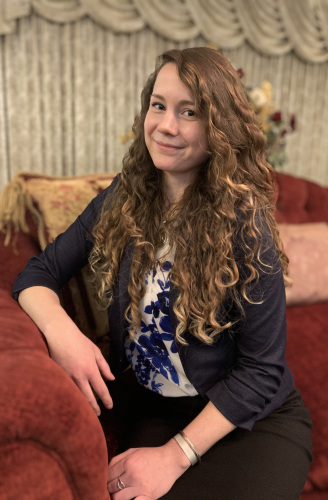 Christina Tijerina grew up in Corpus Christi, Texas. She moved to Utah with her family at the age of 11 and has lived here since. She is the youngest daughter of Richard and Charlene Tijerina, along with her five siblings. She spent her adolescence excelling in several competitive athletic teams which she attributes to her dedicated and disciplined work ethic.

She has a deep fondness for animals, hiking, and nature. Since the age of 18 she has aspired towards finding the most beautiful views and has traveled to 17 countries, experiencing the lifestyle and perspectives of other cultures.

She plays various instruments including the Native American flute, bansuri, guitar and some percussion instruments.

Christina knew as a teenager that she wanted to become a funeral director and has had a straight path ever since to pursue this calling. She always felt she had the capacity to help others through what may be the hardest times in a person’s life through her own personal experience with grief. She considers this profession as one of the greatest achievements in her life.

Christina completed her degree in Mortuary Science in 2017 and is a Licensed Funeral Director. She couldn’t have envisioned a better resolution to this 10 year pursuit than to be working for Sundberg-Olpin & Wheeler Mortuaries.

She is currently pursuing a Bachelor’s Degree at Weber State University to further her understanding of the relationship between stress and family relationships. 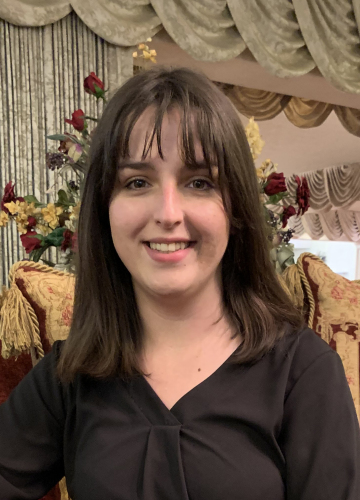 Lindsay is our newest team member as she begins her Mortuary Science Career. She is currently a student at Salt Lake Community College while she concurrently fulfills her apprenticeship here at Wheeler & Sundberg-Olpin Mortuaries.

She is the first in her family that has been in Funeral Business. Her father passed away when she was only 9 years old and this helped her see that she wanted to be in this field to help others through such a difficult time in their lives.

Her free time is spent cooking, gardening, playing with her dog, and reading a really good book.

Everyone who meets with Lindsay is left knowing she cares about them and their needs. She is a hard worker and would do anything to make situations as comfortable as possible for all she serves. 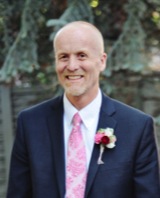 Kelly Sundberg spent his childhood at the feet of his parents Elwood and LuJean learning the ways of mortuary science.  He grew up with loving parents who had a passion for helping the members of our community through this life’s transition.

In 1989, Kelly graduated from Cypress College of Mortuary of Science in Cypress, California, where he received the Melvin D. Hilgenfeld Award and the MuSigma Alpha Award for outstanding students.

After graduating, he returned home to Utah with his wife, Teri, to carry on the tradition of personal service, integrity, and attention to detail his family established four generations previous.

As Kelly has transitioned from being the previous owner, he is still here to serve families here in the valley that he loves so very much. 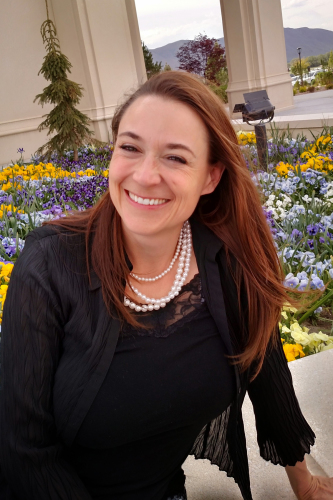 April Wilkey began her career here in 2016 as a secretary and now has found her real love as our Community Relations Manager. Her natural way of bringing happiness to others makes her service within our community light up all she reaches out to.

April recognizes that our aging community has many needs in which she can focus her time on. While advocating for Senior's needs, happiness, and well-being, April loves to spread her uplifting motto that we can all strive to "Live well while we are living!"

April has the opportunity of tending to those who have lost their loved ones during viewing and funeral services alongside her husband, Curtis.

Her great influence for good to those she has the privilege of serving each day has a deep and far reaching effect that is very personal to her, it is much more than just a profession. In all parts of her life, April strives for the sweet, hidden rewards that serving others brings.

April especially adores and loves her husband, Curtis, and their nine beautiful children. To have the special bond of working with Curtis, together bettering the small part of the world they live in, is one of the most wonderful blessings of her life. 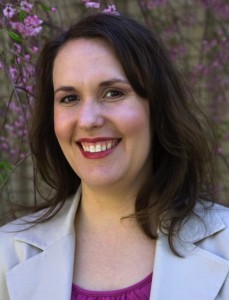 Marianna Adams is a devoted mother of 4 from Spanish Fork, Utah. She graduated from Utah State University with a Bachelors in Fine Arts in 1997 and has a great passion for the theatre.

Marianna’s career found her while she was searching out a job that she could make a difference and help others. She fulfilled that dream 5 years ago and has been devoted to helping those who wish to plan for the future and make pre-arrangements for their funerals.

Her experience and compassion make pre-planning a funeral a meaningful experience. Marianna also serves as our aftercare specialist, meeting with families after they have lost a loved one to answer lingering questions and help with the many logistical changes that come with the loss of a loved one.

A year of daily grief support

Our support in your time of need does not end after the funeral services.  Enter your email below to receive a grief support message from us each day for a year.  You can unsubscribe at any time.