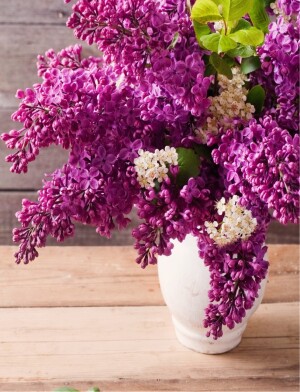 Vera Elizabeth Smith, age 92, passed away on April 30, 2022, from kidney failure. She was a devoted wife, mother of four, grandmother of 19, and great-grandmother of 18. From age 16, she was a lifelong member of The Church of Jesus Christ of Latter-day Saints.

In 1946, Vera graduated from Jordan High School in Columbus with honors, sixth in her class of 136. During her high school summers, she worked at Jordan High, processing transcript requests. She completed her freshman year of college at Brigham Young University. She then went back to Columbus to work as an office manager for several local businesses: Colonial Bakery, PNW Electric Company, and an insurance company.

The Moores were stationed at Ladd Air Force Base in Fairbanks, Alaska, when LaVoy received his 1LT commission. Their first child, Melody, was born there in 1955. After LaVoy left active duty, the couple moved to Murray, Utah, where their second child, David, was born in 1956. That September, LaVoy was killed in an accident while serving at a Utah State Fair fireworks display manned by the U.S. Army Reserve.

Vera then returned to Columbus with the children. In 1957, she began dating her second husband, Donald Lindsey Smith of Auburndale, Florida. Donald was training in Atlanta, Georgia, as a Special Agent with the Federal Bureau of Investigation (FBI). The couple married on September 1, 1959, and Donald later adopted Melody and David. In 1960, the couple’s first child, Susan, was born in Atlanta. In 1962, their second child, Bonnie, was born in Oklahoma City, Oklahoma, Donald’s first FBI field assignment.

Meanwhile, Vera broadened her own work skills as a part-time legal assistant in Las Vegas and a part-time area office manager for the Church Education System of The Church of Jesus Christ of Latter-day Saints in Vienna, Virginia. Donald retired from the FBI after 25 years in 1982, and the couple moved to Phoenix, Arizona, in 1985.

Vera’s first priorities were always wife, mother, and homemaker. Next, she gave herself to extended family, friends, neighbors, less-fortunate people in her community, and members of her church. She often accepted multiple volunteer assignments and traveled long distances to minister to women in her congregations. Vera was well-versed in the scriptures, and she enjoyed serving as a regular or substitute adult Sunday School instructor.

Even into her late senior years, Vera organized regular luncheons for elderly women and widows as a social outlet. She was known for remembering birthdays and holidays by delivering signature baked goods. When a long-time neighbor in Phoenix moved into a care center, Vera visited her almost daily—becoming acquainted with the other residents and baking for them also. Vera consistently reached out to others even while acting as the sole caregiver for her husband when he suffered from Alzheimer’s Disease before his death.

In lieu of flowers, the family suggests contributions to Latter-day Saint Charities at Philanthropies.ChurchofJesusChrist.org.

For those unable to attend the services they will be streamed via Facebook Live starting at 10:00 a.m. Saturday at the following link: https://www.facebook.com/sundbergolpinfuneralhome