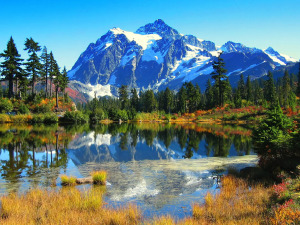 After a full life with many adventures and challenges, Timothy Marion Otis passed through the veil on October 31, 2022. There he was met by his beloved wife, Rona Mae Peterson Otis, who passed November 21, 2013, after 65 years of marriage. His parents Sophie Lenora Basteyns Otis (born 1907), Marion Harold Otis (born 1899), and older sister Nettie Daniels (born 1924), along with many friends and other family members, are now reunited and rejoicing.

Tim was born in sunny Needles, California, on January 23, 1930. Tim had a happy childhood living on 3rd Street in Needles. His Mom would send him to Claypool’s to pick up some milk or needed groceries. He would walk in the backdoor of Claypool’s, purchase the groceries needed, and take them straight home. He loved riding his bike and rode it everywhere with his friends. He often spoke of the great friends he had growing up. Tim had a cat named Joe Lewis. Tim and his Mom would often go for walks and Joe Lewis would follow along. The dogs would come barking and Joe Lewis would go tussling off. But soon the cat would be back, walking along with them. During World War II and only 12 years old, Tim was offered a job working in a gas station because workers were needed.

During high school, Tim lettered in football and track, and played basketball and baseball. He also played basketball after graduating from high school on the community team. Rona was always in the stands cheering robustly. Tim and Rona were high school sweethearts who married on November 27, 1948, and were later sealed in the Provo Temple on August 13, 1975. After retirement, Tim and Rona moved to Orem, Utah, in 1992.

Tim worked hard all his life, including 38 years as a brakeman and conductor for the Atchison Topeka and Santa Fe Railroad out of Needles, California. While working for the railroad, he was offered a promotion to a higher paying job that would require him being away from home about 5 to 6 days of the week. His priority was his family, so he turned the promotion down to be with his wife and children.

Tim was also very adept at understanding how things worked, able to fix almost anything, and could solve most problems. When anything broke or needed to be built for his family or the neighbors, he was there pitching in, able to fix it or make it better. He had a quick mind helping his kids with their homework, particularly math and science. He supported his children in all their endeavors. He attended everything from band concerts to sporting events. He liked to waterski, had a great sense of humor, was full of integrity, and honest to a fault. He enjoyed doing things with his family. He did most of the work when adding on to his home, building his own garage, which was immaculate and orderly, constructing his long cinder block fence, and patio. He did it all.

He served on city committees, was a scoutmaster, coach, served in Bishoprics and on High Councils, and was a veil worker in the LDS Mount Timpanogas Temple. For many years, he was in charge of selling Christmas trees to fund the local scouting program in Needles. He provided for his family and took care of his Mom and Dad in their later years. He didn’t make headlines, but he was one who could be counted on and was always there. His motto was: “You have a duty to live right.”

He is survived by his four children:  Cliff (Trish) Otis, Cindy Schleitwiler, David (Deana) Otis, and Cheryl (Ron) Henrichsen. His legacy also includes 18 grandchildren and 50 great grandchildren, who all love him. His first great, great, grandchild is due in January.

For those unable to attend in person, you may view the services HERE