Share a memory
Obituary & Services
Tribute Wall
Read more about the life story of Robert and share your memory.

Robert (Bob) Wakefield, 86, of Orem was released from his earthly ministry on Monday, January 23rd, surrounded by his family.  He married Cynthia Montandon on August 21, 1960.

Bob grew up on a dairy farm in Iowa and was famous for saying cows never took a vacation and needed to be milked at 4:30 in the morning and 4:30 in the afternoon.  He received a Naval ROTC scholarship at Iowa State University and was commissioned a 2nd Lieutenant in the Marine Corps in 1958.  He served on active duty for 10 years and in the reserves for 24 years and retired as a full Colonel.  He also finished his MBA at George Washington University during his active-duty service.  His professional career started at Ford Motor Company in Dearborn, Michigan.  He later held executive positions with Onan Corporation, Midland Cooperatives (CEO), Farmland Cooperatives, Cummins Northwest, and Landa.  Bob served as a Bishop twice, in the High Council, and was a member of a Stake Presidency.  He received the Silver Beaver award from the Boy Scouts of America.  Bob and Cindy have been involved in BYU Hawaii philanthropic work since 1995.  They love supporting students from all over the world.  After retiring from his Corporate Career, Bob and Cindy served as Service Missionaries in the BYU Athletic Department for 12 years and coordinated community service activities for BYU Athletics.  Bob received the Volunteer of the Year award from the National Association of Athletic Directors in 2006 for his service at BYU.  Bob and Cindy also became honorary alumni of BYU in 2012.  Bob was “all in” with BYU Athletics.  Bob and Cindy served at the MTC for 3 years and the world came to them as they ministered to the young missionaries.  Bob, like the cows he grew up with, was not good at taking vacations.

Bob is survived by his wife, his brother Dick Wakefield, Atlanta, GA, and three sons and their spouses, Brent and Lesley of San Jose, CA., Brad and Kristie of Bainbridge Island, WA, and Blake and Diana of Alpine, UT.  They have 19 grandchildren and 9 great-grandchildren.

In lieu of flowers, which are short-lived, the Colonel wishes you to “pay it forward” to bless someone else’s life.

For those unable to attend, the following is a zoom link for the services https://www.oremhillcreststake.org/meeting-broadcasts
Once you type in the link, please choose Hillcrest 6th Ward Sacrament Broadcast. 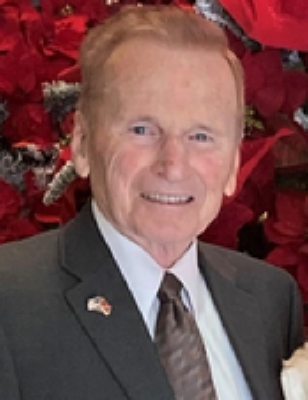