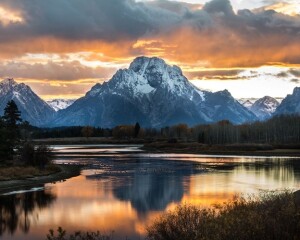 Robert B. Olsen, the Patriarch of the Olsen Clan, was born March 23, 1929 in Orem, Utah, to William Jennings Olsen and Marcella Hawkins Olsen, the sixth of seven children. He attended schools in Orem, and graduated from Lincoln High School in 1948. It didn’t take long for his future to come into focus, as he and Laura Bell Cook were married soon after on August 30, 1948 in the Salt Lake City Temple, and quickly became the parents of seven children.

Bob worked in many different capacities, starting out driving a truck for the Church Welfare department, and then moving on to being a trucking agent for 28 years at Rio Grande Motorway, and then an additional 17 years at Swift Transportation, where he spent the last several years as a Regional VP. When later asked about his work experience, he noted that in addition to his “day job” at the trucking companies, “there was one summer I had four farms going.

Grandpa Cook’s, the one behind Bill and Iva’s Café, a five acre cherry orchard, and Lamar Barrett’s two acre peach farm. I also had over 72 hours of watering turn each week. I was also loading steel in the steel mill at night for another company which took a few more hours. I was running from here to there all the time.” All the while that he was doing this, he was building his home down in the river bottoms, and averaging 4 hours of sleep a night. “It was all worth it”, he later said. When asked what he had learned from his life’s experiences, his response was simply, “You can be successful if you know how to work hard. Be frugal with your money!”

In addition to all of his farming and trucking work, Bob and Laura served as ordinance workers in the Mount Timpanogos Temple, and then served a temple mission in the Washington D.C. Temple. They loved being in the temple, and whenever they were traveling, they would always include a visit to the local temple. In 1993, Bob was called to be the Bishop of the Sharon 5th Ward, where he served until 1998. He loved serving as the bishop of the ward, and could often be found driving around the ward in his farm cart (it was a golf cart, but he never had time for golf) to check on everyone in the neighborhood. Even in the last few years of his life, he would always make it a matter of prayer to ask the Lord to help him “be aware of who he could serve that day.”

Not too long ago, Bob was asked by his youngest daughter, Heidi, “What are your closing thoughts to your children, grandchildren and posterity.” His response was very clear and to the point: “They need to stay close to their Heavenly Father and pray daily, live right, and live the commandments. Just live a good life.”