Share a memory
Obituary & Services
Tribute Wall
Read more about the life story of Murray and share your memory.

Murray W. Skinner, a dear husband, father, grandpa, and friend passed away suddenly on January 7, 2023, after a long battle with cancer. He will be greatly missed by all that knew and loved him.

Murray was born as a twin on August 14, 1936, at his home in Orem Utah to Bert Amos and Elleanora Williams Skinner. He was taught at a young age to work hard on their family fruit farm. He attended schools in Orem and graduated from Lincoln High School in 1954.

Murray enlisted in the Army in 1954 and served four years in Germany as a staff sergeant running border patrol. After returning home he met his sweetheart Leah Whiting on a blind date. They were married by his dad the bishop in 1959. They made their home in Orem then moved to Springville where they had their first child Terri Lyn Skinner in 1960. After moving to Mapleton and living there for twelve years Murray bought a piece of property on his dad's homestead and built their home in October 1972.

Murray welcomed his Granddaughters into the world in 1988 (Natalie) and in 1991 (Shauntae). They were the love of his life and spent many precious moments together.

Murray worked as a carpenter and then as a painter until he retired in 1999. He was known by many for his expertise and quality of work.

Murray was a member of the Church of Jesus Christ of Latter-Day Saints and served in many callings as a sports director working with the youth. On October 3, 2018, Murray and Leah were sealed in the Provo City Center Temple. Murray and Leah just celebrated 63 years of married life in September of 2022.

Murray always looked for the best in everyone and loved to meet and talk to people wherever he went. He always had a joke to tell.

For those unable to attend in person, you may view the Services HERE 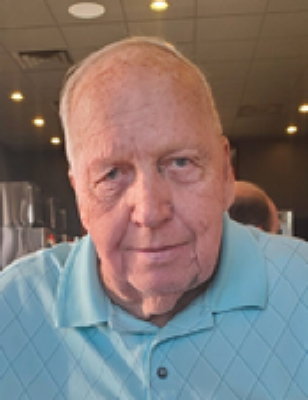