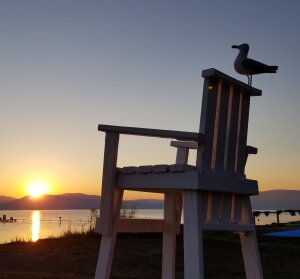 After a lifetime of traveling the world, Marilyn Openshaw Chapman has embarked on an exciting journey beyond this mortal existence, returning to her Father in Heaven and to the loving embrace of family members that left before her. Her departure took place just before dawn, March 31, 2021 after heartfelt farewell wishes and warm-loving embraces from close family and friends.

Marilyn was born on September 16, 1929 in Salt Lake City to Frank M. and Margaret Sheppard Openshaw, where she developed an extreme love of horses, wrote plays, skits and songs; graduated from East High School, and then went on to earn a Bachelor of Science degree at the University of Utah in 1950. During her college experience she was an active member of Alpha Xi Delta Sorority and Lamda Delta Sigma.

While singing with a choir at the Tabernacle in 1947, she met the love of her life, Eugene H. Chapman who was home for a visit from medical school. Marilyn and Eugene married in the Salt Lake City Temple on August 19, 1949.

Her world travels began even before meeting Gene. As her father worked for the railroad, Marilyn had the chance to travel to Mexico, California (many times), Washington, and Alaska. After their marriage, the couple moved to Seattle and then on to Tokyo Japan, where Gene served during the Korean War. Shortly after the war, they moved to Truth or Consequences, New Mexico.

Marilyn and Gene finally established a permanent home base in Provo, Utah in 1958, but the traveling didn’t stop there! During Marilyn’s 63-year tenure in Provo, Marilyn was extremely active in the Church of Jesus Christ of Latter-Day Saints and many civic service organizations including: 14 years as Sports Director for Sharon East Stake young women’s program, 5 years with the Cub Scouts, followed by 2 years as Homemaking Leader and 1st Counselor in the Primary; all in the Pleasant View 1st ward. In community organizations, Marilyn was on the Board of Directors for Utah Valley Care and Training School, President of Phile Nada, President of the Utah County Medical Auxiliary, Captain of the Pleasant View Camp of the Daughter of the Utah Pioneers (twice) and as a Youth Advisor for the Utah Junior Quarter Horse Association.

Marilyn pursued her hobbies and interests with a passion including: being a member of the Salt Lake Doll and Craft Guild for several decades, creating her own doll and antique toy museum; winning numerous writing awards as a member of the National League of Pen Women, photo contests (won Eastman Kodak National Contest), designing award winning parade floats, her love of horses, teaching over 200 people how to waterski, and working as a freelance newspaper writer for the Saudi Gazette & Arab News, to name a few.

Throughout this time, Marilyn continued to travel around the world to places such as Bangkok, Kenya, UK, Germany, France, Italy, Israel, Egypt, around the Mediterranean, all over the Caribbean, Panama, Hawaii, traveling to almost every state, Canada and many more destinations. She enjoyed traveling to her favorite places such as Bear Lake, Carlsbad California, and New Mexico. In the early 1980’s Marilyn and Gene spent three years living in Saudi Arabia. As the license plate on her car suggested she was always “Ready To Go.” She absolutely loved to travel!

Most important to her was the love of her family. She did everything she could to include us in her busy life, her hobbies, interests, activities and her passions, including a love of traveling.

We extend our deepest gratitude for the compassionate care provided by Encompass Health and Jamestown Assisted Living.

Special thanks to Sara Vaitohi and Beverly Leavitt for their kind care, service and love they gave mom the last few years of her life.

For those who prefer to attend via Zoom, please access the following link 10-15 minutes prior to noon: https://tinyurl.com/MarilynOChapman.

Friends may call at Sundberg-Olpin Mortuary of Orem, 495 S State Street, on Sunday, April 11th from 6-8:00 pm and/or at the Pleasant View First Ward meeting house, prior to the funeral on Monday morning from 10:30 -11:45 am. Interment will be at the Lehi City Cemetery. Condolences may be expressed to the family on this page.