Share a memory
Obituary & Services
Tribute Wall
Read more about the life story of Kenneth and share your memory.

Dr. Kenneth Llewellyn Russell, our loving father, grandfather & great grandfather died peacefully, surrounded by his children, on January 20, 2023, in Salt Lake City, Utah. He was a devout member of the Church of Jesus Christ of Latter-Day Saints with a strong faith that guided him throughout his life.

He was born the second child of five to Cyril Glenn & Catherine Orr Russell on April 29, 1932, in Provo, Utah. His early years were spent in Thistle, Utah as his father worked for the railroad. At four years old the family moved to Springville, Utah where he had a wonderful childhood with a cow and a lamb in the backyard and a large garden whose harvest was canned to get them through the winter. He spent the rest of his childhood attending Springville Jr High & High School. There, he met many lifelong friends, including his high school sweetheart, Carma Clyde. At a dance in his Junior year, Carma kissed him in a dark hallway and they began their courtship. After a semester at BYU, knowing the draft was imminent, he enlisted in the United States Airforce in 1951 and was assigned to be a gunner in a B-29 Superfortress Bomber. While stationed in Japan, he flew 28-night missions with an all-LDS crew over North Korea. He was made Staff Sergeant and awarded the Air Medal with 2 Clusters & the Distinguished Flying Cross.

He married Carma on October 31, 1952, while on a few days leave from the Air Force. He often joked about being able to fight in a war at 19 but his mother had to sign his marriage license to marry Carma. When Carma passed away in October, they were two weeks short of being married 70 years.

After being discharged from the Air Force in 1956 they took a U-Haul trailer and moved to San Francisco to attend the University of California San Francisco School of Dentistry. He graduated in June 1960 at the top of his class as Senior Class President and was awarded Outstanding Senior Dental Student by the faculty. The grandkids loved hearing stories about the odd jobs he took to finance his way through school. Everything from being a Fuller Brush Man, working at the Cow Palace as an usher, attendant at a gas station, seasonal work at the post office, and drug trials that would end with his stomach being pumped. During summer break he would return to Utah to work road construction to graduate debt free from dental school. They returned to Utah to set up his practice in Salt Lake City. He dedicated his life to providing dental care with his kind compassion and gentle touch. His patients adored him. Ken served in many church capacities and was always the first to volunteer. It wasn't unusual to spend his vacation time serving at scout camp. However he was asked to serve, he did it to the best of his ability. He particularly loved serving in the Bishopric and the Scouting Program. Having achieved the Eagle Scout Award, it was an honor for him to help other young men achieve theirs. Many young men were greatly influenced for the better by his kind gentle leadership.

Ken and Carma enjoyed many friendships, including a special dinner group with whom they traveled, partied and celebrated with over the years. He cherished his time hunting, fishing and river rafting with his childhood friend, Dean Allen who also served on the same B-29 crew. A special thanks to Ken's close friend and longtime neighbor Fred Babcock, who has been more than a friend over the last few years as Ken's health has declined.

Ken loved his children and spent many hours teaching them by example about hard work and service to others. Ken served others without recognition, whether shoveling walks for the widows in the neighborhood or doing dental work for someone that didn't have the means to pay. You can't talk about Ken without mentioning his love and dedication to his special son Bryan. Ken along with Carma cared for Bryan for 45 years to ensure he felt loved, cherished and cared for by his family

He was known as Pa to his grandchildren whom he loved fiercely and they knew how much he loved them. Whether it was camping, flying remote control airplanes, shooting rockets, or piling into his minivan to go to 7-Eleven for a no-limit treat of their choice. They were happiest just spending time with Pa.

Funeral services will be held Monday, January 30th, 2023 at noon in the Yalecrest Ward chapel, 1035 South 1800 East, Salt Lake City. A viewing will be held before the services from 10:30 – 11:30 am. Interment will follow at the Evergreen Cemetery in Springville, Utah.

In lieu of flowers, please make donations to the LDS Humanitarian Fund at https://donate.churchofjesuschrist.org/

For those unable to join us in person, services will be streamed via Facebook live beginning at 12:00 pm on Monday, January 30th at the following link: https://www.facebook.com/sundbergolpinfuneralhome/ 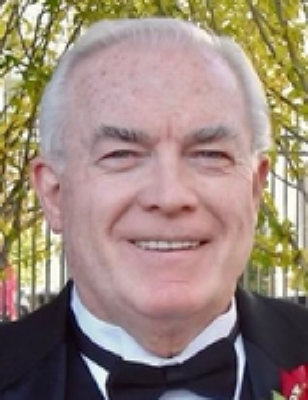