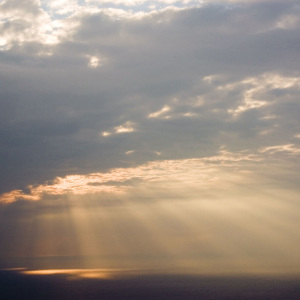 Kenneth Bert Harward died on September 17, 2021 in a care facility in American Fork, under the loving care of his wife Margene Harward, following several years of declining health and complications. Kenneth “Ken” was born on November 14, 1939 to Ozias Harvey and Montez Bell Harward in Provo Utah. Ken was the tenth child in a family of thirteen children. Ken was preceded in death by his mother and father.

Ken spent his early years growing up on Grandview Hill in Provo where his best friend was his older brother Val. Ken went to Provo High School and then Orem High before doing some schooling at BYU. Ken married Merlene Newell in July of 1957 and they had six children. Ken started his professional career by selling insurance with his older brother Lavon. The insurance business kept Ken moving his little family to different offices throughout Utah, which eventually led him to Huntington Beach, CA and finally to Denver, CO. Ken and Merlene divorced in 1972, then he moved to Abilene Texas where he continued as a salesman for various companies and finally decided to start up his own Yard and Building Maintenance Company which proved to be a success. Ken learned the value of hard work from his father and mother and it was how he lived his life. Ken was a successful business owner and loved working. He took great pride in a job well done and didn’t allow those around him to give less than their best. He brought out the best in those around him in this manner. Ken married Margene Porter Jensen in 1988 when they settled into their life, with four of her six children not yet grown. Ken and Margene owned their own business and enjoyed working together. He also served in many capacities in the Church of Jesus Christ of Latter-day Saints. Ken and Margene lived in Abilene, TX until 1998 when they moved to Sandy, UT to be closer to their families. Ken and Margene worked together in Utah for many years before his health took a turn for the worse and they settled into a new normal. Ken was an accomplished Tenor and music was a major part of his life. He loved to sing and did so at any opportunity he could find. Ken sang in a multitude of local musical productions and hundreds of church and civic functions. When he wasn’t performing for others, he would spend hours upon hours playing the piano and singing at home. It was the one thing that always brought him joy and comfort. He would often be found putting together Christmas Caroling as well as singing at weddings, funerals, church services, or just whistling while he worked.

A viewing for friends and family will be held Thursday morning from 8:30 to 9:30 a.m. at the same location. Burial will be in the Orem City Cemetery, directly after funeral services.