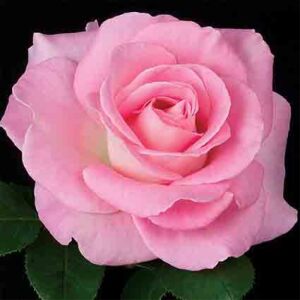 June Moncur Waite, 91, passed away on October 12, 2021 at home in Orem, Utah. June was born on June 30, 1930 in Brownsville, Texas to LaPriel Cutler Moncur and Alphonso Moncur, the 5th of 10 children. Her family spent winters in Texas and summers in Lovell, Wyoming, eventually living fulltime on the Little Valley Ranch outside Lovell.

LaPriel played the piano and Alphonso the violin in a dance band, so their children, especially the four girls, learned to sing, play the piano, and dance. The family worked hard on the ranch, raising crops like green beans and  seed radishes, and they grew a marvelous garden. June loved her brothers and sisters, and they all worked hard together to prosper on the ranch.

Before 8th grade, the Moncurs bought a second house in Salt Lake City and spent summers back in Wyoming. June attended East High and then the University of Utah where she discovered her passion for theater. From the time she was a junior in high school to the time she graduated from college, she acted in plays, and she always had a lead part. She also acted in live radio and TV programs. Once she played the Wicked Witch of the West in The Wizard of Oz, and later in life her children and grandchildren delighted in coaxing this sweet woman to let loose her scary cackle.

After graduating from the University of Utah, June did something unusual for a single young woman from Utah in the early 1950s: she moved to New York to pursue an acting career. She was hired as the female lead in the Highfield Theater in Massachusetts for summer theater season, and then in New York her big break came when she won the open audition for the Barter Theater with Rosalind Russell as the judge. She starred in every production for the historic Barter Theater that summer and returned to New York with glowing letters and reviews from the theater owner/producer. After meeting with agents, June looked around her and saw very few happy people and even fewer happy marriages. A lifetime of self-promotion now seemed less appealing, so she packed up and went home.

Her next stop was the University of Southern California where she began a Master’s degree in theater. At the USC Institute of Religion, she met the dashing Merwin Waite, a California native who was back from serving in the navy and a French mission. He had graduated from BYU and was back in Los Angeles starting a teaching career. Merwin was a scholar, a faithful servant of God, a star basketball player, a romantic, and, surprisingly, a violinist. June accompanied Merwin on the piano, and later they accompanied each other to the Salt Lake Temple where they were married in 1955.

While Merwin taught math at Gardena High School in the Los Angeles area, June and Merwin raised their growing family of Delys, Wendy, Brent, Clint, and Steven. Steven had hydrocephalus and severe mental disabilities, and June tenderly cared for this beloved son. He passed away at age 4.

The family moved to Hacienda Heights, California when Merwin taught math at East Los Angeles College. June served in church, drove her children to many activities, and directed plays for youth. Merwin brought June with him to a tax preparer’s training. When Merwin had to drop out because of a calling as bishop, June finished the training and became an ace tax preparer. She excelled at representing her company’s clients at audit boards. Merwin and June spent a year in Rennes, France when Merwin was on a Fulbright exchange.

In 1997, Merwin and June served a French-speaking mission to La Reunion and Madagascar, with June handling the finances for that part of the mission. In 1998, they were called to serve as the president and companion of the Kinshasa, Democratic Republic of Congo Mission. Their mission included DR Congo, Republic of Congo, Cameroon, Central African Republic, and Rwanda. French was everyone’s second language. June helped the women get eyeglasses so they could read better and taught Primary songs for the first time to the Congolese Primary children.

In 2004, they moved to Orem, Utah to be near children and grandchildren who were attending college. Many grandchildren have spent late nights with their grandparents eating ice cream. June contracted lung cancer, but beat it, even though the chemo treatments weakened her for life.

Merwin’s passing in December of 2014 brought a lonelier life for June, but her neighbors, children, and grandchildren cherished her and surrounded her with love, giving back to this loving, elegant, and regal woman.