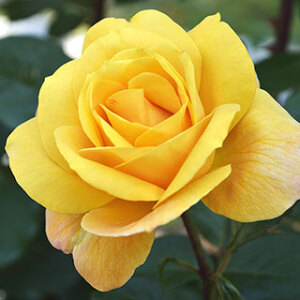 Janet Raty, beloved daughter, sister, mother, grandmother, and great-grandmother passed away at her home on Friday, May 27, 2022 after a lengthy illness.

Janet was born on July 1, 1954 in Ogden, Weber, Utah to Thomas “Laine” Raty and Jennie “Clavell” Brown Raty. Janet was the second of five children. She moved with her family to Orem, Utah, when she was a child. She graduated from Orem High School and continued her studies at Brigham Young University where she earned a Bachelor of Fine Arts degree. Janet later returned to school and obtained a dual Master’s degree in Visual Arts Supervision and Leadership from the Bank Street College of Education and Parsons School of Design.

Janet was a gifted artist with broad abilities. She spent five years teaching fashion design and illustration at Brigham Young University. Her artwork can be found on the Dominguez Escalante monuments throughout the Intermountain West, in books from Fairchild Publications, in the Friend magazine, and even on the cover of bottles of herbal supplements. Later in her career she turned to needlework design and was featured in the Gift of Stitching magazine. She was especially fond of her carousel birth records. Her beautifully distinguished patterns can be found in needlework stores across the country.

Janet married in Provo in 1976. She had four children: Adrian, Deanna, Clifford Laine, and Jordan Russell. She encouraged her children to strive for excellence and sacrificed much to support them in music lessons, sports, and entrepreneurial endeavors. She enjoyed taking them to summer parades, city carnivals, and firework displays. The treasure hunts she set up at Easter and Christmas were legendary. Janet spent many hours playing the piano and often could be found in the garden weeding before the sun rose over the mountains. She enjoyed spending time with her parents — especially game nights, Sunday dinners, picnics at the park, and holidays together at their home. She felt very close to her father, Laine, and often sought his counsel.

After her divorce, Janet moved to the Portland, Oregon area to be near her daughter, Adrian, and Adrian’s children. Her grandkids remember her fondness for the roses at her home, playing dominoes with her, her interest in genealogy, the love she had for her pets, and how much she enjoyed both the Oregon Museum of Science and Industry and the Seaside Beach. Janet was devoted to caring for Adrian through Adrian’s cancer treatments and was with her at the end of her life. Janet deeply loves all of her children, her grandchildren, and her great-grandchildren and prayed often for all to live and to be successful, and to have peace in their hearts. Janet was an active and faithful member of The Church of Jesus Christ of Latter-day Saints.

Janet later returned to Utah Valley to be near her mom and dad. Along with her siblings Dallas, Brenda, and Bill, Janet cared for her parents and was a devoted and tenacious advocate on their behalf.

The family would like to thank Janet’s son, Jordan, and her brother, Bill, for the love and devotion they showed her to the end. Janet was a force of nature and endured tremendous adversity.

Janet was preceded in death by her parents, her sister Lorna, her brother Dallas, and her daughter Adrian. She is survived by three of her children: Jordan, Clifford, and Deanna. She is also survived by 11 grandchildren and 3 great-grandchildren.

The interment will be held at 4500 Washington Blvd., Ogden, UT 84401 on April 8, 2023 at 11:00 am. A memorial celebration of life luncheon will follow at the meetinghouse Janet and Jordan attended.