Share a memory
Obituary & Services
Tribute Wall
Read more about the life story of Gary and share your memory.

Gary Wayne Dingman passed away peacefully and surrounded by family on September 9, 2022 at his home in Orem, Utah. The past 18 months of his life were difficult ones filled with various health challenges, which Gary endured bravely with the unfailing support of his loving wife, Ginger.

Gary was born May 30, 1937 in Westwood, Lassen County, California to Delbert Wallic Dingman and Olive Ione Bingham. When Gary was 8 years old their family moved to Eugene, OR where he lived until he graduated from Eugene High School in 1955. He attended both the University of Oregon and BYU before being called to serve as a full-time missionary for The Church of Jesus Christ of Latter-day Saints in the Western States Mission from 1959-1961. After his church mission, Gary was then drafted into the US Army. Following Basic Training, he was stationed at the Yuma Arizona Test Station where he met Ginger Lee Miller at a church mutual activity. The two were married on January 3, 1963, in the Mesa Arizona LDS temple. After he completed his military service, he and Ginger moved back to Eugene, Oregon where they raised five daughters and where Gary worked as a General Contractor, specializing in expert concrete work with a reputation for excellence.

Gary was a hard worker, a natural athlete, an avid hunter and fisherman, and spent countless hours watching his children and grandchildren in the various sporting and musical activities they participated in. He enjoyed a lifelong love of learning, devoting much time to studying, reading, writing thoughts and poems. Gary was an astronomy enthusiast and created many memories camping, fishing, and riding dune buggies with his family at the Oregon Coast.

Gary was a faithful and diligent member of The Church of Jesus Christ of Latter-day Saints where he served in various callings over the years including Stake Mission President, High Councilor, and twice as Bishop. In recent years, Gary could be found several hours a day contentedly serving in the temple.

Gary is survived by his wife of nearly 60 years, Ginger; his five daughters - Sherri (Mark) Petersen, Lori Miller, Renee (Kevin) Kemp, Stephanie (Kevin) Madsen, and Alison (Lance) Lopez; brother Gale and sister Janell Brown. Gary’s legacy will continue through his 23 grandchildren, 21 great-grandchildren (one on the way), 9 step-grandchildren and 9 step-great-grandchildren. He was preceded in death by his father Delbert, his mother Ione, his sister Shirley Tingey, and brother Dale.

Gary will be deeply missed but his family takes comfort in, and are grateful for, the many prayers and kind acts of service offered on their behalf. They would also like to express appreciation to Intermountain Home Health and Hospice for their loving care in the final days of Gary’s life.

A viewing will be held Thursday, September 15, from 6:00-8:00 pm at The Church of Jesus Christ of Latter-day Saints at 481 E. Center Street in Orem. Friday morning, September 16, a visitation hour is scheduled from 9:30-10:30 am also at the church, followed by a funeral service at 11:00 am. Interment will be at the Orem Cemetery. 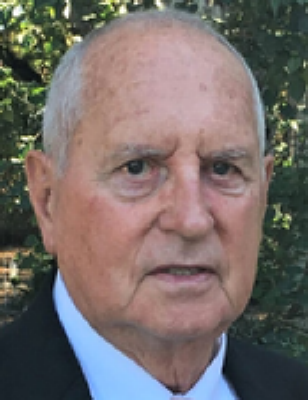