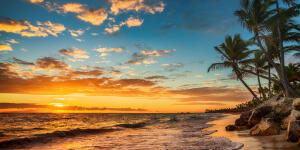 Edward Cordova, 93 of Lehi passed away peacefully in his sleep

He was the fourth son born to Salvador Raymundo Cordova and Clarita Lopez on November 17, 1927 in Olathe, Colorado. He graduated from Olathe High School and then enlisted in the Army at the age of 18. He would join his 3 older brothers, who were already serving in the armed forces, during WWII.  As one of his duties, he was assigned to be an Honor Guard for General MacArthur, while he was stationed in Okinawa, Japan.

He spent many years living and traveling in Colorado, Chicago, New York, and Utah. His favorite claim to fame was playing pool with Nat King Cole. He married Estella Francisquita Montoya in April 1951. They settled in Provo, where they raised their 8 children. He had many occupations but would start his long-time career as a Hydrologist for the Bureau of Reclamation in 1963. He would retire from the Bureau in December 1989 after 26 years of service. He would spend his free time by shooting his firearms, fly fishing, and spending time with his kids. His favorite vacation spots were Bryce Canyon, Mirror Lake, and any river that might have fish – or not.

He was a prominent figure in his community. In 1972, he was appointed as the president of La Raza for Utah. He was also appointed to the Provo City Housing Commission. He held a two-day Chicano Conference in 1973. He was then voted to be on the Governor’s Spanish Board by Governor Calvin Rampton in 1974. He would also serve on the Mountain Land Manpower planning council. 1975 would begin with him serving on the ADELA Board.

While he was the president of La Raza, he would work with the Provo School District to help more minority students graduate from secondary schools into 1977.

In 1976, he also served on the United Way of Utah County Committee. He was also a member of the Dominguez-Escalante Bicentennial Celebration Committee.  In 1982, he was promoted as the Hispanic Field Manager for the Bureau of Reclamation where he was still working full time. In 1990, he and a group of prominent area citizens formed the Utah Bone Marrow Transplant Fund. He would also start the Sanpete County Action Council. He also served on multiple Hospital and School boards including Central Utah Vocational School, which is now known as Utah Valley University.

He would marry Allison Rae Christensen in September 1990. They made their home in Lehi with their 2 children.

Graveside services will be held on April 19th, 2021 at 11 am at the Provo City Cemetery located at 610 S State St., Provo, Utah. Military Rites will be provided by the American Legion.  The Cordova family would like to express their heartfelt appreciation to Encompass Hospice, Alpha Home Health and Hospice for their care and comfort of Ed and the family during the last 4 years. We would also like to thank the Lehi 21st Ward for their love, support, and the family luncheon. Thank you to Sundberg-Olpin & Wheeler Mortuary for their assistance and thoughtfulness during this time.

For those unable to attend the funeral services may be seen by clicking HERE.