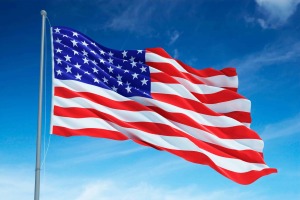 Clair Paul Pay, 89, of Orem, passed away Thursday, May 12, 2022. He was born on January 13th 1933, in Nephi Utah to Leon and Evelyn (Taylor) Pay. He married his “sweetheart” Colleen Horrocks in Santaquin and was later sealed in the Manti Temple. She preceded him in death on October 11th, 2021. They were married for 68 years.

Clair served in the U.S. Army during the Korean Conflict at the age of 17. He graduated from Provo Technical College in welding where he earned his certification in Welding. His claim to fame as a welder was working on St. Louis Gateway Arch in Missouri. Later, he went on to work as a successful salesman selling industrial welding and gas/electrical equipment. Clair loved the outdoors: a love that he passed on to his family. He was a dedicated hunter, fisherman, and camper. This love led him to buy their getaway home in Boulder Utah. He spent many a day here puttering in the yard and soaking up the peaceful breathtaking atmosphere. Their family and friends were always welcome. Clair was a devoted husband, father, grandfather, great-grandfather, and great-great-grandfather. He enjoyed his family. He would light up when they would come to visit and listened to how they were doing. He was very supportive and gave his advice to those who were ready to listen or not. He had a great sense of humor and a twinkle in eye. Looking at Clair you would never know he was mostly blind. He worked on sprinkler systems, his yard, and garden, pottery, cabinetry, etc. He was a Pay (too proud to ask for help). He was a member of the Church of Jesus Christ of Latter-day Saints where he served as a home teacher, as well as in different serving positions when called to serve.

For those unable to attend the services they will be streamed via Facebook Live starting at 11:00 a.m. Thursday at the following link: https://www.facebook.com/sundbergolpinfuneralhome